FROM THE LA TIMES
Sama Hamedy 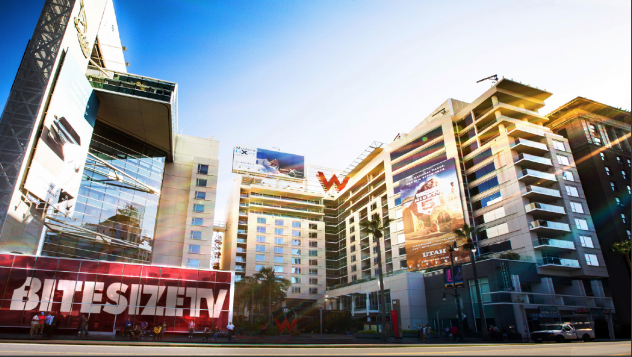 At first glance, the set of “Hollywood Today Live” looks like just another entertainment talk show. Four hosts — Kristen Brockman, AJ Gibson, Tanner Thomason and Porscha Coleman — sit next to one another on a studio stage at the corner of Hollywood Boulevard and Vine Street, discussing everything from upcoming movies to celebrity Tweets for one hour every day. “Let’s get the party started,” Thomason said to the camera after the hosts outlined the program’s topics of the day: Kim Kardashian’s video game, “Woman Crush Wednesday” picks, a review of “Sex Tape” and other segments. ‘Hollywood Today Live’

But unlike programs such as “Entertainment Tonight” or “Access Hollywood,” “Hollywood Today Live” is a Web-inspired talk show with fresh-faced hosts who cater to the millennial crowd. The series began in 2012 as an online show for BiteSize TV, a new network that streams, produces and distributes a wide range of programming on its website.

Last week, the series made its network television debut on Fox, which also is producing the show, marking the first time that the network has tested or launched a program based on an online production.

0 comments on “BiteSize making move into network TV”Add yours →