Ron Bloom is the visionary founder and CEO of BiteSizeTV. Mr. Bloom developed the company's unique platform, designed the company's innovative studio on the ground floor of the W Hotel in Hollywood, and is ultimately responsible for the Company's programming, strategy, positioning, business and operations. 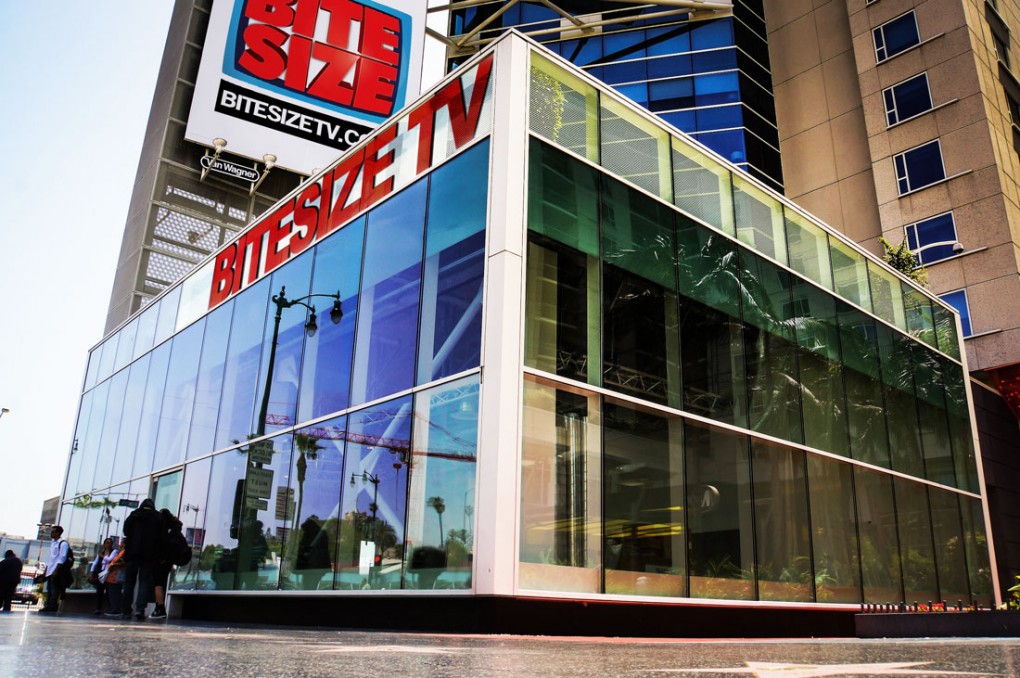 Additionally, Bloom is the Executive Producer of Hollywood Today Live, the first "born digital" show to become a daily one-hour show on a major television network. HTL debuted in the summer of 2014 and was picked up by FOXTV for a full season, starting in September of 2015. In 2014 Mr. Bloom architected a transaction, selling the company to Lin Media which itself merged with Media General, a multi billion dollar public company (NYSE: MEG)

A respected technology and media executive, consultant, speaker and author, Bloom has provided marketing, media and technology strategy for a broad range of Fortune 1000 clients including AOL, Time Warner, AVON, IBM, Oracle, Chrysler, Ford, BellSouth, DuPont, Nortel, Continental Airlines, Gillette, Microsoft, Omnicom and Procter and Gamble. As a pioneer in e-business and integrated marketing, Bloom has worked to develop internet portals, web sites, cross-media marketing, and integrated broadband and broadcast content, as well as strategic business plans for online businesses such as Preview Travel, The Gap, Network Associates, MSN, Oracle, Netscape, AOL and a host of others. Bloom has acted as a consultant to a range of investment banks and venture firms, working with them to identify and understand the impact of emerging technologies, having helped to raise over $500 million in investment capital for both public and private companies focused on technology, marketing, media and next-generation entertainment and communications.

Ron Bloom is a former Chairman and Chief Executive Officer of THINK New Ideas, a company he founded with PodShow co-founder and "PodFather", Adam Curry, taking the Company public in 1996. He is often referenced as the visionary author of the media industry's 5/50 rule and Fart's Law™ of consumer technology adoption. As a founding partner of THINK, Bloom developed the company's business strategy and market positioning, in addition to leading the company to its IPO and forward to become one of the largest and most successful interactive marketing and e-business solutions providers in the world. He helped to build the Company to over 500 employees working out of 8 offices in the US and abroad, driving revenues from a start-up to approaching $100 million in less than three years. Bloom led the company through venture rounds, an IPO, multiple acquisitions, a private placement of public equity, and, eventually the sale of the company for an estimated $350 million.

After successfully selling Think New Ideas in 1999, Bloom continued to start multiple businesses in media and technology. In 2004, Bloom again partnered with Curry Adam Curry to form PodShow, the first company to develop and commercialize Podcasting. Bloom was the chief strategist in securing PodShow's marquee partnerships with companies such as British Telecom, Apple® and Sirius Satellite Radio and the company's elite private investors, including venture firms Kleiner Perkins, Sequoia Capital and Sherpalo Ventures, DAG and Crosslink Ventures. He went on to guide the Company through its evolution into MEVIO, and spearheaded its growth to one of the fastest growing sites in 2007 (Compete.com rankings), becoming a Top 20 Internet Site in both Music and New Media in 2008 (comScore rankings in Music and Multimedia).

Prior to joining THINK New Ideas, Bloom again partnered with Mr. Curry, acting as President and Chief Operating Officer of On Ramp, one of the world's first and most prestigious Internet solutions providers. Bloom directed the company in its Internet and intranet pioneering efforts, creating the world's first Cybercast (1995 Grammy Awards), integrating next-generation marketing and communications into online communications, and helping On Ramp become one of FORTUNE Magazine's "Top 25 Emerging Technology Companies of 1995."

In recent years, Ron Bloom has worked with a range of companies, helping to develop technologies for the cable industry as well as helping to launch a company that provides technology solutions for Homeland Security. A serial entrepreneur and experienced manager in both the private and public sector, Bloom has founded and operated a range of companies in advertising and marketing, graphic design, music production and music/film post production, and fashion. He is a respected contributor, speaker and author in the interactive community whose visionary outlook has helped shape the concepts for developing business, strategy and customer relations in the information age. In addition to other awards and honors, Bloom was selected by Silicon Alley Reporter as one of New York's Top 100 Internet Industry Executives, for 1998 and 1999, and his firms have been the recipient of such honors as Interactive Agency of The Year, as well as accolades for the development of some of the most innovative websites and e-commerce solutions in the world. At PodShow, Bloom was named one-to-watch by AdWeek in January, 2006.

In his first career, Ron Bloom was a celebrated guitarist, song writer, producer, arranger and recording artist, having worked on hundreds of songs, including several Top 10 hits. Bloom's musical talents and artistic perspective have helped to shape his company's products, marketing, services and talent relationships. Most recently, Bloom played lead guitar with the legendary Dave Stewart, collaborating with Stewart on the show, The Ringmaster, produced at BiteSizeTV.